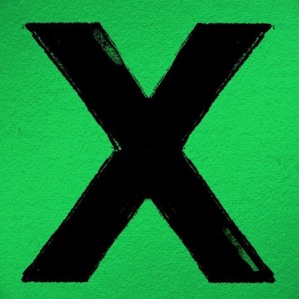 After a lengthy delay trying to crack the US, Ed Sheeran finally releases his much anticipated sophomore album, x (pronounced multiply apparently). I’m still not sure about Sheeran, some of the stuff he does I think is incredible such as his collaboration with Mikill Pane- Little Lady, (although I think the majority of the credit is towards Pane rather than Sheeran) yet tracks like You Need Me, I Don’t Need You don’t do much for me, I’ve heard it all before if I’m honest.

Before I continue, let’s get one thing straight – Ed Sheeran is not a rapper, and never will be, when he ‘raps’ on Sing, I literally cringe and that’s probably why I dislike it so much. However, what I will say is sometimes he cleverly tricks you, sometimes you forget he’s stopped singing and starting ‘rapping’ such as on Don’t, which leaves me wondering if he’s as bad as I first thought. It’s a hybrid of rap/singing that’s a very British trait, we’ve seen lots of pop stars try in the past and it very rarely lands very well, maybe with the exclusion of Five’s Keep On Moving.*

x is a very chilled, easy-to-like album, it’s calm, often soulful, and very casual. Tracks like Nina are likeable despite the recurring rap hybrid thing rearing its ugly head, its somewhat justified on the track, with a subtle piano and trademark soulful vocals helping it along. I think Sheeran’s strengths remain with when he actually sings, maybe even more so on the more sincere/slower tracks like Photograph and final track Afire Love, there’s a degree of intelligent production that gradually builds, reminising the powerful elements of Sam Smith’s debut.

Much like Sheeran as an artist, I’m conflicted on x. It’s either brilliant and a massive step up from +, or much like The 1975’s debut– floats by and gives nothing memorable to bring you back to it. I’m leaning towards the former however as there are a fair few, dare I say, great songs on the album including Bloodstream and Thinking Out Loud, the latter probably being the best track on the album. Dedicated Ed Sheeran fans must be ecstatic with his latest release, as it’s miles better than his debut, but if Ed is trying to real in a new audience, I’m not entirely convinced x is capable of doing that, although I will say it’s already beginning to grow on me.

*You can’t tell me you don’t like that song

One thought on “Ed Sheeran – x”