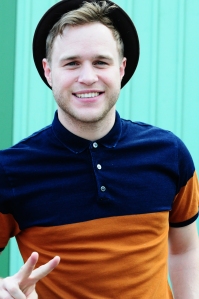 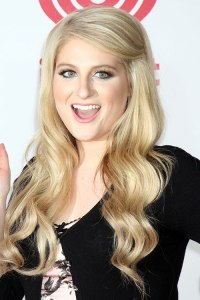 I’m not afraid to say it, but I love my pop music. I love a bit of cheese now and again, I love a good chorus, and am certainly impartial for a feel-good hit. Over here in the UK, Olly Murs is probably one of the best examples of this, providing hit-after-hit of doo wop infused jams that really are that lifting and fun. One of my favourite Murs tracks is the feel-good hit Dance With Me Tonight, featured on his just as feel-good third studio album- Right Place Right Time.

Featuring 50s and 60s-inspired brass productional qualities, a clap along beat, and Murs’ cheeky smile holding it all together, the song was certainly well-recieved, rocketing to the number one spot. Give or take four years, the song now has 44million views on YouTube, remaining one of Murs’ biggest hits and an integral part of his catalogue.

Murs aside, another jovial face to emerge into the mainstream is another front[wo]man for feel-good pop- Meghan Trainor. Trainor burst onto the scene with her curv-celebrating All About The Bass, followed by the infectious Lips Are Movin’, both of which I’m sort of embarrassed to admit have wound up on my iPod. Until now, I’ve been a fan, until she’s resorted to the most embarrassing example of plagiarism I’ve seen since S Club 7 ripped off Phil Collins’ You Can’t Hurry Love for their hit- Reach. Seriously, look that up too.

If you haven’t already played both songs you might be thinking that I’ve been a bit dramatic. But, Olly Murs’ Dance With Me Tonight, and Meghan Trainor’s Dear Future Husband are quite literally EXACTLY THE SAME. In every possible sense of the word. While what starts off as just similar tunes, and the same doo-wop inspired theme, the more you listen to both, the more you can see how embarrassing it is. You can even see that Trainor is copying Murs’ delivery and specific vocal inflections, it’s well and truly laughable that Murs’ song is being ripped off in SUCH an appalling and above all, blatant manner.

The most annoying thing about this abomination is the fact that Trainor could now be classed as a pop superstar, with audiences won over in both the US and Europe. Dear Future Husband already boasts 15million YouTube views, and that’s all down to the original Dance With Me Tonight, with no credit sent Murs’ way whatsoever. And that’s what also gets to me, she already has two massive hits under her belt, why does Trainor and her management feel the need to steal like this when she already has a very clever production team backing her? It’s ludicrous to see pop music being ripped off in such a way, especially when something as minor as a few piano chords can be classed as an uncleared sample, just ask Pharrell and Robin Thicke. Rant over.

Like this? Be sure to check out The West Review’s Songs of 2015 below!

To keep up to date with The West Review, head to our Twitter page.