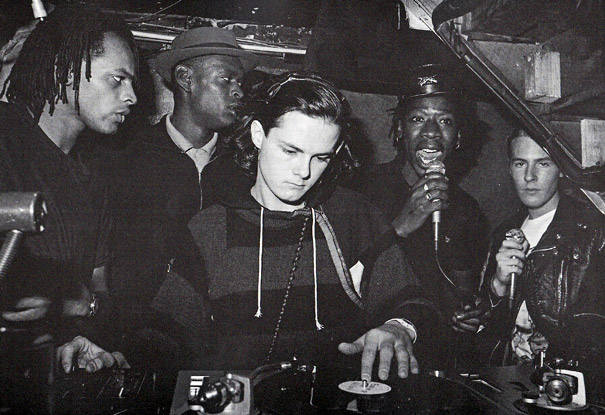 And with the South West city’s world-famous ‘Bristol Sound’ booming throughout the 90’s, Bristol’s contributions to the musical landscape since then have continued on into 2018. Here we take a look at 17 of the most important artists to come out of the South West, and their defining tracks.

With the release of their second studio album Joy as an Act of Resistance, IDLES have suddenly-yet-deservedly sky-rocketed to become one of the most forward-thinking, long-awaited and much-desired voices of reason within pop music.

2017’s Brutalism was the band’s breakthrough release however, with Well Done easily recognised among the album’s many highlights – and don’t we all know a Tarquin.

Big big things were expected of the genre-crossing electronic duo KOAN Sound, but it seems not to have quite worked out so far. Signing to Skrillex’s OWSLA, as well as Inspected Records many years ago, the duo’s Dynasty EP is perhaps the landmark release in their discography.

The project’s standout track was the percussive, atmospheric chillstep track in Lost in Thought, which soldiers on for over 7 minutes; dreamy synths and rhythmic drums tripping and weaving amongst each other.

Continually blurring the lines of a multitude of electronic genres throughout their already-decorated history, My Nu Leng have refused to be confined to the regions of one sound. Flirting with drum and bass, garage, bassline and many more, between soul-shaking drops and bone-quaking beats, My Nu Leng’s magnum opus arrived with 2013’s Levels, and they were definitely ‘too high’.

Those iconic sirens found on TC’s 2013 hit Get Down Low, still possess the power to light up Motion or Lakota today, even if its glitchy synths and distorted sci-fi vocals perhaps haven’t aged all that well. But there’s still no avoiding Get Down Low’s once-undisputed power at the rave, with skankers country-wide doing just that, waiting patiently for the track’s mammoth second-wave drop.

Hospital ever-presents, and arguably one of the most commercially-viable liquid producers in the scene right now, Fred V & Grafix formed in Bristol back in 2009, and have since gone onto huge success with three full-length albums. Ultraviolet, Forest Fires, Altitude and many more make up an impressive discography for the duo, but it’s with 2014’s Major Happy, that Fred V & Grafix’s sound began making a real name for itself.

Being a Bristol boy, Bashmore, alongside most producers from the BS, started out with more bass-heavy, low-frequency production, and over time evolved their sound.

Nowadays, the multi-genre producer dips in and out of house and surrounding genres, often flirting with the likes of disco, and deep house. Perhaps his trademark contribution to the scene, is with 2012’s Au Seve, a sample-charged house heavyweight, one that still holds a heritage in 2018.

Fuck Buttons are one of many Bristolian acts within this list immune, or at least resistant to categorisation and classification. Notching in somewhere between noise-rock and experimental psych-tronica, Fuck Buttons’ often-abrasive, always-euphoric sound continues to lay within its own genre. Surf Solar is perhaps the duo’s biggest hit, and is a perfect encapsulation of Fuck Buttons’ challenging-yet-rewarding noise.

Notoriously heartwarming and wholesome, Beans On Toast’s accessible, sweet sound has taken him around the continent with guitar in tow. His gristly vocals draped over dainty acoustic sounds on his tracks, particularly with M.D.M.Amazing, are perhaps the best example of his output. And while abrupt and clear-to-see, M.D.M.Amazing is an all-too familiar tale of love and loss.

An undisputed legend of dubstep, and instrumental in taking the genre to where it once was, Pinch has had just as much influence on the scene than any of his contemporaries. His fusion of dubstep with reggae, dub and dancehall would open the floodgates to a wave of new producers to take influence.

Later moving away from the dated dubstep sound, Pinch later found new success in the bass scene, and amongst it all. Qawwali is perhaps Pinch’s defining track.

Perhaps the biggest producer to ever come out of Bristol, Nellee Hooper began his career alongside 3D and Daddy G with The Wild Bunch, before the formers went on to found Massive Attack. Hooper would instead go on to produce Grammy Award-winning albums for the likes of U2, Bjork, Sinead O’Connor, Madonna and Smashing Pumpkins to name a few.

Hits produced by Hooper over the years include U2’s Vertigo, Nothing Compares 2 You, Soul II Soul’s Back to Life, Tina Turner’s GoldenEye and What You Waiting For by Gwen Stefani.

Smith & Mighty continue to hold rightful acclaim within the Bristol music scene, with their influence impossible to ignore amongst the likes of fellow-Bristolians Kahn & Neek, Stanton Warriors, My Nu Leng and more.

Although Smith & Mighty perhaps aren’t as revered outside of the South West, their sound continues to be emulated and replicated throughout the garage, bass, trip-hop and dub communities. And Anyone is perhaps the best example of their influence and their legacy.

Comfortably among the most iconic drum and bass tracks of all time, and found on the genre-defining, Mercury Prize-winning masterpiece New Forms, Brown Paper Bag was an undisputed landmark release.

Supported with jaw-dropping live renditions from the Roni Size / Reprazent project, the track quickly became iconic, and still holds its own as one of the most influential pieces of electronic music.

After his celebrated contributions to Massive Attack’s Blue Lines and Protection, Tricky quickly established himself as a worthy sole entity, and marked that departure from MA with classic debut album Maxinquaye.

Hell is Round the Corner was among the LP’s many highlights, and featured the same silky-smooth Isaac Hayes sample used by Portishead on Glory Box. The track housed Tricky’s trademark tumbling vocal delivery, and now-iconic lines like ‘seduce me, seduce me, dress me up in Stussy’.

Having released projects through a multitude of labels including XL, Full Cycle and Talkin’ Loud, as well as founding his own GutterFunk label, DJ Die is perhaps the most overlooked and underrated feature within this list.

Best-known for his jazzed, percussive drum and bass, in recent years DJ Die has recently dipped into all-out disco house. But with 2011’s collaboration with fellow-Bristolian Roni Size, It’s A Jazz Thing is perhaps Die’s recognised moment, and the Utah Jazz remix above is even better.

Try as they might to distance themselves, Geoff Barrow, Beth Gibbons and Adrien Utley are undisputed Bristol legends. And with their just-as-legendary debut album Dummy still receiving rightful acclaim as one of the best British albums ever, the trio are an essential part of the 90’s Bristol Sound.

And amongst the despair, heartbreak and eerie trip-hop sound, the ice-cold, shattering ballad of Roads, shone out as the one of the band’s finest songs.

No list about Bristol is complete without Massive Attack, and in reality, no best-of list is complete without Unfinished Sympathy. Arguably the most iconic song/video/album of the 90’s, and an undoubted masterpiece of production, songwriting and sound, the track was a poetic encapsulation of the Bristol Sound.

Vast, atmospheric, vibey, dramatic, ambient, percussive, delicate, and draped in a sinister chill, Unfinished Sympathy consolidated the amalgamation of cultures Bristol was famed for back then, and capitalised on a groundbreaking fusion of inspirations.

One thought on “17 Bristolians and their best songs”