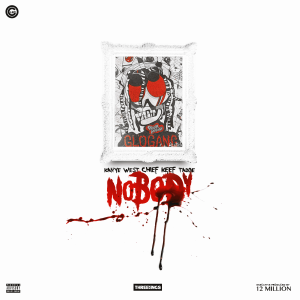 I’ve never understood the hype around Chief Keef, it feels as if he gets arrested every other day, and following his blow-up after [for some reason] Kanye West remixed I Don’t Like, it seemed as if Chief Keef was ready for world domination. Fast forward to 2014, add a couple of trips to jail, a feud with Lupe Fiasco, various Twitter battles, and a guest spot on Yeezus, here’s Chief Keef’s third studio album- Nobody.

My God this album is bad, it’s not often I lose interest in an album two tracks in, but Nobody is as monotone and lacklustre as rap gets. Near every track on the project retains the jangling jingle bells found on I Don’t Like, or a concoction of twisted autotune such as on Already, it just makes the album dull, berating and simply unbearable. The already repetitive drum pattern of trap rears its ugly head in abundance, which is no more epitomised by one of the LP’s many shockers- Fishin’.

I guess things get a blip more positive at midpoint Gooey, mainly because Chief Keef’s finally stopped warbling through autotune and moaning into the mic, but I’d put that down to being the best of a bad bunch. I wish I could call the Kanye West-featured title track a saving grace of the album, but unfortunately after hearing Chance The Rapper sample Brother’s Gonna Work It Out so intelligently, it’s just offensive to the ears to hear it being butchered in this way. If anything, Kanye’s voice veiled in autotune just adds to the concoctive mess that really is draped across the entirety of Nobody.

As you may have gathered by now, I’m not a fan of Chief Keef’s Nobody, the album is an absolute horror blend of R&B meets hip-hop meets trap, and the avid pursue of autotune gives the album a bitter aftertaste when you know how well it can be used. The production is dramatically repetitive, Chief Keef’s vocals are even more tedious and uninteresting, and his lyrics, well I couldn’t actually be bothered to concentrate on the words when the music is so difficult to listen to, this album is that bad.