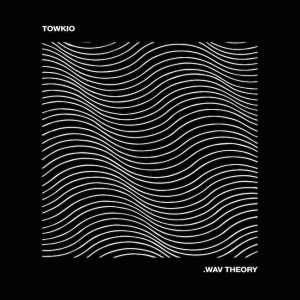 I know little of Towkio, I first came across the name through Chance The Rapper who not only featured on the outstanding lead single from .Wav Theory, but also named it the ‘hottest mixtape of the year’. Praise indeed. Another appealing aspect to .Wav Theory is the production credits from Donnie Trumpet and The Social Experiment, I had high hopes from the member of Chicago-based rap collective Save Money.

I’m not one for skits, or tracks on project that aren’t actually songs, and I’ll never really understand why artists insist on plaguing their releases with them, and annoyingly .Wav Theory starts with one particularly frustrating. Featuring beeps from a heart monitor, and strange orgasm-esque ad-libs, the opener then breaks out into a harmonious gospel-ish song, which just sticks out as a very strange choice of an opener. However, I’m glad to see that this is eradicated come track 2, stemming directly from the feel-good material found on Vic Mensa’s INNANETAPE, RN is a great representation of everything Save Money are all about.

Blessed with a plethora of College Dropout-style samples and productional values, .Wav Theory is typically Chicago with an injected dash of modernisation. Take I Know You, a soulful sample-helmed cut that then breaks out into Daft Punk-like riffs that then fades out to the sound of raindrops. However, in the same thought, the mixtape is also home to a frustrating element of ‘start-stop’, no more epitomised by the jerky Chance The Rapper-featured Clean Up. The jittery, strangely produced cut is frustrating despite possessing such a likeable chord-powered hook.

And unfortunately this is the case for much of the project. Sadly for Towkio, he’s not Kanye West, and tracks such as Oscillate are simply poor attempts at replication, despite the endearing toot from Donnie’s horns towards the end. However, jazzed up riff-driven jams such as Free Your Mind and the outstanding aforementioned Heaven Only Knows really are impressive, memorable tracks, leaving .Wav Theory with such a frustrating aftertaste when a noticeable part of it is ultimately forgettable.

Like this review? To keep up to date with The West Review, head to our Twitter page.