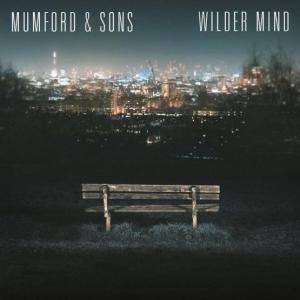 Over the past few years, Mumford and Sons have solidified themselves as one of the UK’s biggest bands, and some may argue one of the biggest in the world. Their debut album Sigh No More came at a bleak time in pop music, it gave indie lovers, rock lovers and pop lovers a threesome of sound in which all would flock to the CD shelves via hits such as Little Lion Man and The Cave. Their follow-up Babel then picked up a BRIT nomination, as well as scooping up the coveted GRAMMY award for Album of The Year. Fast forward to 2015, a short sabbatical later, the four-piece are back with their third studio album- Wilder Mind.

One of the things that distinguish Mumford and Sons apart from other bands is through their character and charm- a lot of which is due to their banjo-toting, leg-slapping, folk-rock style. However, Wilder Mind is intentionally absent of this, abandoning all acoustic elements that’s made them the band they are. A small part of me is surprised; most of the group’s fanbase is centred around these aspects and to see them depart from it in such a dramatic fashion is something you’ve either got to admire, or question.

While a lot of Mumford’s fanbase will be listening with one eyebrow slightly higher than the other, I did not, maybe because I am something of a fence sitter when it comes to the group- I like some of their material, but by no stretch of the imagination am I a devoted son of Mumford. This is probably why I liked Wilder Mind, where as my Mumford-and-sons-disciple girlfriend, was disappointed, particularly with the excellent lead single- Believe.

Come the end of Wilder Mind I really was in two minds. Gone is that particular charm of Sigh No More, that je ne sais quoi that makes you tap your foot along, that little dash of character absent from a lot of musicians these days. Mumford and Sons now fit right in between all other bands out there, from Arctic Monkeys to Kodaline, and their third studio album slots neatly into the patchwork just as effortlessly. Nothing notable about Wilder Mind sticks out at me, but for some reason I just like it a lot more.