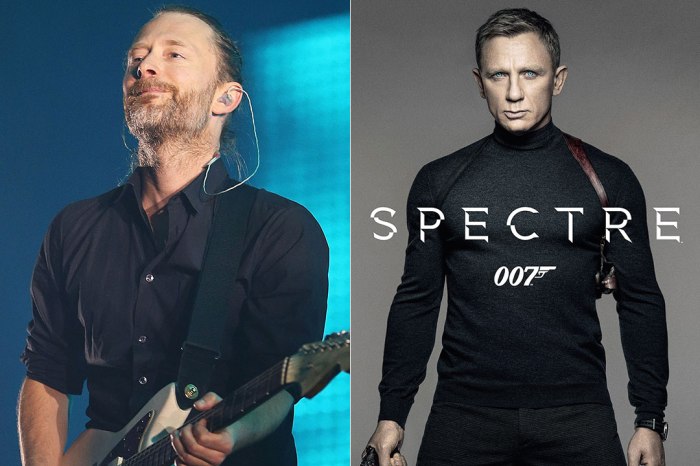 I didn’t actually ever think I’d be saying this but I’m so glad Radiohead’s Spectre didn’t end up being chosen for the 24th Bond song. Now, that’s not because Radiohead’s track is bad, it’s pretty good. No, it’s because Spectre was so terrible that it was also fitting to have a terrible opening song *cough cough* Sam Smith.

Most people suspected it, so it wasn’t really a surprise when the band announced yesterday that they’d been approached to write the theme song, but it was nice to finally get some new Radiohead music after four years of nothing.

Spectre continues the bands very minimal approach to music, Thom Yorke’s soft vocals feel cushioned against the simple piano that makes up the base of the song. While the band have added the typical Bond-esque string section, it doesn’t feel out of place for the song, it adds a certain elegance to it.

I don’t know how long it took the band to write this, but it certainly feels like it was a lot longer than the fifteen minutes Sam Smith took to write his. The lyrics, while standard Radiohead fare, are poignant and actually feel like they’re about the film ‘I’m lost, I’m a ghost/ Dispossessed, taken host’ these lyrics fit in with the film’s themes of Bond’s own personal troubles and ghosts.

Spectre the film could have been so much more than it was, but fortunately Radiohead’s return shows the band to still be on top form and gives me hope that their own return won’t be nearly as terrible as James Bond’s– seriously it was that bad.