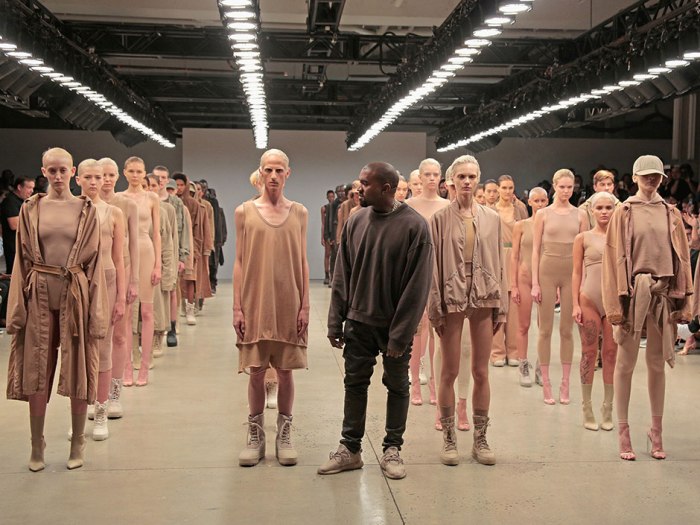 There aren’t many artists I like more than Kanye West. The College Dropout and My Beautiful Dark Twisted Fantasy are two of my favourite albums of all time, with Late Registration not far off too. Graduation changed the face of hip-hop, ousting the tiresome ‘gangster rap’, and 808s & Heartbreak also did the same; daringly experimenting with more sensitive and open themes often exempt from the egotistical genre that rap is. Then came Watch The Throne and Cruel Summer, both of which would act as segways to where Mr West found himself with 2012’s Yeezus. I’m not going to go too much into it, but after the car crash of an album that Yeezus was, coupled with a massively disappointing Glastonbury performance, my love of Kanye was certainly strained at the least.

FourFiveSeconds, Only One, Wolves, All Day, none of them were doing much for me. I enjoyed the nostalgic reworks of Say You Will etc that popped up on Soundcloud, but again, this is all still very Yeezus-like for my tastes. I can appreciate Only One, and All Day is an obvious banger, but it wasn’t getting me excited like when I first heard So Appalled as part of GOOD Fridays prior to Fantasy’s release. A year since the release of Only One later, add an album name change, there was still no sign of Yeezy’s elusive seventh album.

‘[It’s gonna be] bars, songs, cookout music that just feels good … This album is embracing the music, joy. Being of service to the people. I just hope people like it and enjoy it.’ Of course hearing this I retort to songs like Through The Wire, The Glory, and Gone, all feel good hip-hop jams. I’m optimistic, I’m excited, and I’m awaiting the leave-behind of Yeezus. And then off the back of these comments came Facts and Real Friends. Facts was so unlike-Kanye it was bizarre. Trap? Trend hopping? This is the self-proclaimed ‘biggest rockstar on the planet’, and here he is flipping a Drake and Future song off an uninspiring bore of a mixtape. The lyrics petty and whining, all in all making a fool of himself for even thinking that the ‘Yeezy jumped over the Jumpan’. Real Friends seemed to satisfy the majority of Yeezy fans out there, but for me it sounds like a leftover from 808s & Heartbreak.

Then came No More Parties In LA featuring Kendrick Lamar. While pretty decent, it further confused me about what SWISH would be all about. You can make clear comparisons to Late Registration, with the hearty soul samples, but following on from the aforementioned Real Friends, I wasn’t ready to jump aboard the whole ‘old Kanye’s back’ train. For me the song feels crowded, with the various samples bleeding into each other, and often Kendrick or Kanye’s vocals were lost in a hive of loops. There’s really not another sample other than that Ghostface Killah one you could have used either Kanye?

Lyrics such as ‘Pink fur, got Nori dressing like Cam, thank God for me // Whole family gettin’ money, thank God for E!’ do give me a great deal of optimism for SWISH. And the aura and construction of the track, what with the nostalgic samples and soul-infused production, is how I hope the rest of SWISH will pan out. No More Parties In LA is certainly something along the lines of what I hope SWISH will sound like, but following such an abundance of inconsistent sounds, I still wasn’t all that optimistic that Kanye West’s seventh album would be what he’s promised.