Kanye West is never far from the headlines, and for the haters and the neutrals I bet they’re sick of the sound of the man, even devotees like myself can have enough of him. However, affiliations with the Kardashians and his egotistical rants aside, there’s not doubting his artistry. Rewriting the face of hip-hop on more than one occasion, countless awards and accolades, six number one albums out of seven, the list goes on. Spanning a career of 12 years, Kanye has had his ups and his downs, these often reflected in his music, in an attempt to categories these ups and downs, here are Kanye West’s albums ranked from worst to best.

9. Yeezus (2013)
I’m not falling for this whole ‘revolutionary’ ‘groundbreaking’ arse-kiss that critics assign to Yeezus, I’m simply not falling for it. After the near-perfect My Beautiful Dark Twisted Fantasy, as well as Watch The Throne, Kanye wanted to go for a new sound. Not only did he achieve that, he went leaps and bounds to knock down the walls of the norm and break the boundaries of convention, he tries so hard to challenge the benchmark of hip hop and be a controversial figure in music, that what resulted was a mess of an album that really is the definition of The Emperor’s New Clothes.

8. Cruel Summer (2012)
I didn’t mind Cruel Summer, as much as it was palmed off by the masses. There are of course structuring issues, and some of the content certainly raises eyebrows, plus there are also some downright horrendous songs, but as a whole I came away fairly satisfied. To The World, Clique, New God Flow, Creepers, and Bliss gave a good representation of the multitude of talent at GOOD Music, but unfortunately The Morning, Higher and Sin City did nothing but bring the project down. The glaring lack of Q Tip, Mos Def and Kid Cudi was also nothing short of bemusing.

7. The Life of Pablo (2016)
The entire saga surrounding The Life of Pablo really was the stick that broke the camel’s back with me and Kanye. Twitter rants, fashion industry distractions, a lauded-over family and love life, ridiculous shots taken at Apple and Nike, a short-lived loyalty to Tidal, I’m just about done with the guy. When The Life of Pablo finally came around, it was a scattered arrangements of sounds spanning MBDTF and Yeezus. Some of the album was some of Kanye’s greatest material to date- Ultralight Beam, Waves, while some of it was some of his worst- Feedback, Facts, Fade. Although by the time it was eventually released, dare I’d say I’d already lost interest.

6. Watch The Throne (2011)
Watch The Throne has hip-hop fans the world over divided, many found it done-before and predictable, others found it the solidification of two of rap’s biggest influencers. I sway more in positivity. It’s not the ground-breaking album that either Graduation or 808s was, nor was it the complete project that Late Registration was, but for some reason I can’t help but call it a great album. Otis, Gotta Have It, New Day, Made In America, No Church In The Wild, and of course Niggas In Paris, the album was amass with gems. However, similarly to Cruel Summer, there was a lot of flab. Between the aforementioned soulful cuts and the hard-hitting electronic tracks such as Why I Love You, the direction and content of Watch The Throne became unclear and scattered. That being said, I think the hits make up for the misses. 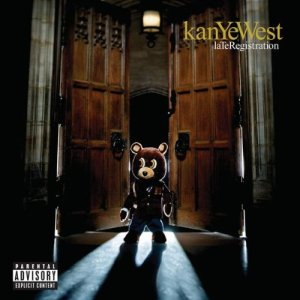 5. Late Registration (2005)
On The Life of Pablo, Mr West rapped ‘I miss the old Kanye, chop up the soul Kanye’, this is the album where this happened in abundance. Curtis Mayfield on Touch The Sky, Ray Charles on Gold Digger, Bill Withers on Roses, Shirley Bassey on Diamonds From Sierra Leone, the list is endless, and as such Late Registration was home to some of Kanye’s heartiest and soulful music. There’s no wonder it’s the highest ranking Kanye West project on Rolling Stone’s Albums of All Time list. 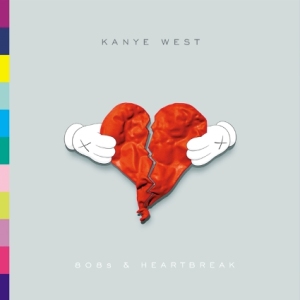 4. 808s & Heartbreak (2008)
808s & Heartbreak is one of the albums that changed hip-hop forever; changed the entire landscape of the genre and made it what it is today. Slated and misunderstood at the time by fans and critics alike, the game-changing project has slowly been gaining more and more recognition as one of the genre-defining albums of the decade. Trading in stereotypical ‘beats’ for 808s claps, boasts of riches for loneliness and despair, 808s & Heartbreak ignored everything that had happened in hip-hop for years. With this sound never-before used on a platform such as Kanye’s, West carved something of a sub-genre within the landscape of hip-hop, one that would eventually see the likes of Drake, J Cole, Kid Cudi, The Weeknd emerge from.

3. Graduation (2007)
Graduation is another one of Kanye West’s groundbreaking albums. Going head-to-head with the (at the time) untouchable 50 Cent, Kanye West single-handedly ousted gangster rap, with Graduation outperforming Curtis both commercially and critically. Graduation is also home to some of Kanye’s most famous material- Stronger, Good Life, Flashing Lights, Can’t Tell Me Nothing, Homecoming, It was an album full of single candidates and was a shoe-in for number one album in both the US and here in the UK.

2. The College Dropout (2004)
The College Dropout is the album that introduced us to Kanye West: soulfully cut samples, jazzy production, all flavoured with a hint of gospel, it was the start of something new. Previously only known as a producer, The College Dropout was Kanye’s opportunity to solidify himself as a force to be reckoned with, both as a beat-maker and a rapper. Featuring some of Kanye’s [still] strongest material to date such as Family Business, All Falls Down, Slow Jamz and Through The Wire, as well as one of his biggest in the form of Jesus Walks, it was a complete collection of music, and in my opinion one of the best albums of all time.