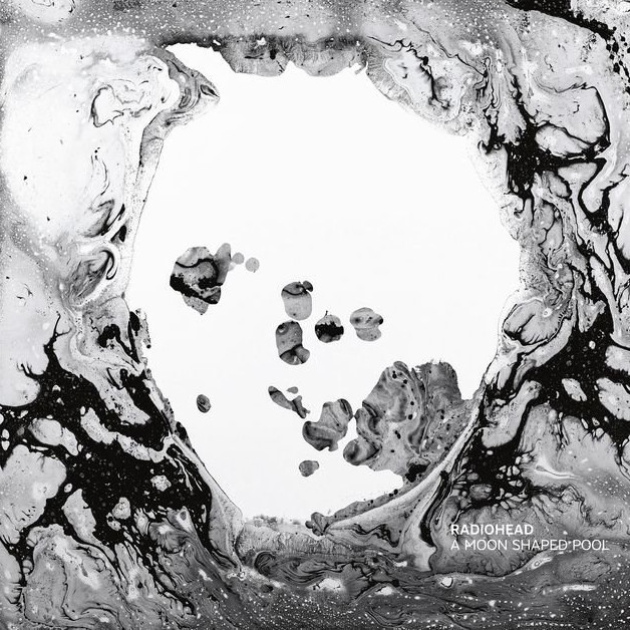 A new Radiohead album is always a time for mass hype, speculation, rumours, and articles on the internet about how great/shit they are. However, as arguably Britain’s biggest (and best) bands, I’d hardly say it was unwarranted. I myself fell into the trap of mass hype, eagerly anticipating what new sounds the band would come up with, and I’ve got to say, it was certainly worth the hype.

The band’s ninth album comes after a five year hiatus from their previous output, the criminally underrated King of Limbs. It’s worth noting that Radiohead’s almost constant style shifts over the years have been stopped on A Moon shaped Pool. Instead the band have retreated, and combined styles from Kid A, The Bends and In Rainbows. It’s nice to see a band returning and combining their previous efforts and managing not to simply wallow in past glories, but to expand on them and give them some breathing space in and among themselves. One thing that is very different about this album is the lyrical themes. With the exception of two examples of classic Radiohead paranoia (Opener Burn the Witch, and Decks Dark). The rest of the tracks are some of the most intimate and openly personal songs Thom Yorke has ever written.

A lot of people are going to call me out on this, but I’m just going to say it, A Moon Shaped Pool sounds like a Radiohead break up album. But, before you all run screaming to your keyboards and accusing me of not truly understanding Radiohead etc. just think about it. Thom Yorke recently split up with his partner of 27 years and is a human. Humans feel emotions and need to express them. Music is the expression of feelings. Hiding in the reflexive, piano driven melancholy of Daydreaming is ‘efil ym fo falh’ (Read it backwards), or True Love Waits and all its mundane beauty ‘True love lives/on lollipops and crisps’ finally getting included in a studio release after being locked to a few select live performances. There is of course more to the album than it being a simple break up album, but none the less…

Radiohead’s evolved sound is truly breathtaking on this new album. The mixture of The Bends post-grungy guitar, work with the icy electronic sounds and In Rainbows’ more soulful, warm approach. But add in Johnny Greenwood’s multi-instrumental composing alongside the London Contemporary Orchestra, and A Moon Shaped Pool is lifted to all-new levels. Nigel Godrich’s producing is also fully important in this, densely layering all kinds of sounds hidden away, but also allowing for the tracks to breath, such as Ful Stop (My second favourite of the album). It starts out in a very eerie, understated manner, coiling around the air, before eventually opening up into an impressively breakneck pace.

While there is a lot of very strong material on the album, my undisputed favourite song has to be True Love Waits. Stripping it back from Thom Yorke’s angry guitar strumming of yesteryear, it is now a very simple piano ballad. It’s a bold move from the band, as the original live version was considered a fan favourite for a long time. However, by doing this, they encapsulate so much of the album’s themes and ideas, the worn out, tired feeling that has always been part of what makes Radiohead so great anyway, but it’s tinged with a sense of maturity and oddly it gives the band a very real sense of emotion. Not that they’ve ever lacked that, but this feels different. It’s humanised a band that so often slightly robotic and alien (in the best possible way).

A Moon Shaped Pool has easily climbed it’s way to my top three Radiohead albums after In Rainbows and Kid A. It’s still classic Radiohead, but even for a band whose albums are always densely layered works, there’s an extra dimension to it, one I can’t quite place my finger on. Maybe it’s the aforementioned humanisation, or maybe it’s just the fact that this album feels a whole lot more relatable than anything they’ve done before.

One thought on “[ALBUM REVIEW] Radiohead – A Moon Shaped Pool”