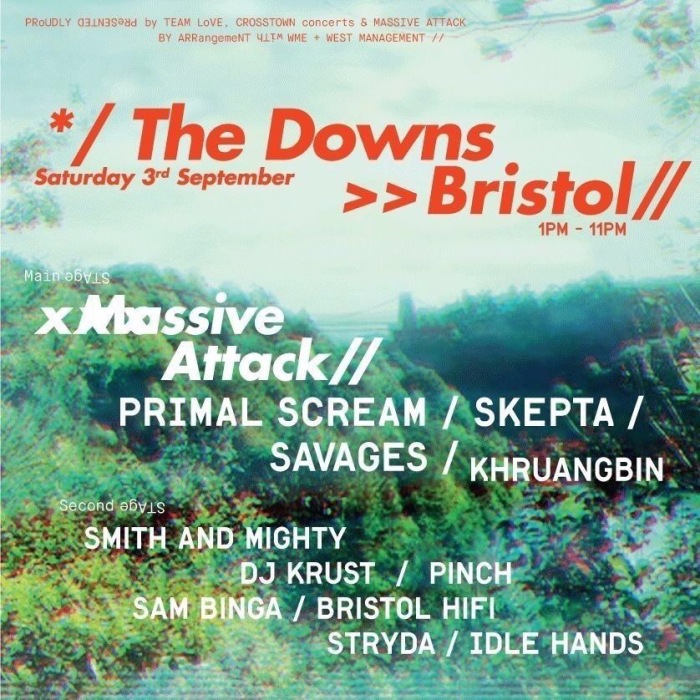 The always-elusive pairing of Robert ‘3D’ Del Naja, and Grant ‘Daddy G’ Marshall have finally returned to the studio and the stage, under the world-renowned name of Massive Attack. The Bristolian trip-hop pioneers have been fairly quiet since the release of 2010’s Heligoland, but in support of their two latest EPs Ritual Spirit and The Spoils, the famed electro duo have embarked on a huge worldwide tour, one that came to a close with a very special hometown show in Bristol, their first in over 10 years.

Widely regarded as something as a mini-festival, Massive Attack would share the day with the likes of Young Fathers, Primal Scream, Skepta, and fellow Bristolian Tricky. Skepta seemed unfazed to be sharing a stage with some of Britain’s most pioneering musicians, while Primal Scream were contrastingly dissapointing.

Way past their prime and in the final years of their career, Bobby Gillespie looked exhausted, and suitably lonely as sole frontman following the departures of bandmates Mani and Robert ‘Throb’ Young. Gone were the acid-inspired visuals, absent was the full gospel quior, and desperately missing was a punchy brass section. Although surely influenced by the torrential rain, normally-anthemic hits Moving On Up and Loaded simply weren’t what I’d hoped for.

Massive Attack finally took to the stage around 9:15, and opened with Hymn of The Big Wheel, a track found on their ground-breaking debut album Blue Lines. 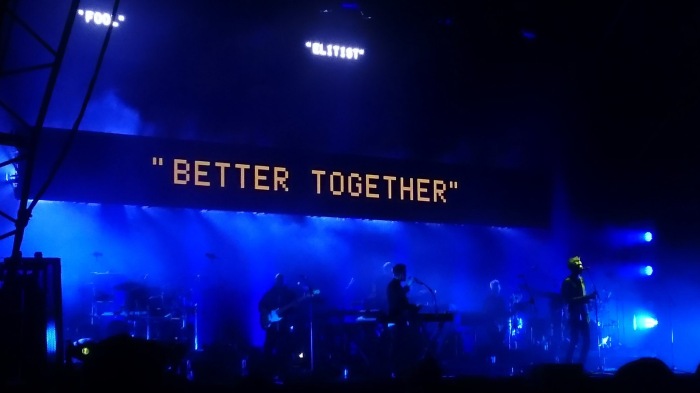 For something considered a small event, the production values of Massive Attack’s set are really some to revere. Politically potent and relevantly shocking, digitized imagery continuously scanned behind the shadowy figures of the band, featuring newspaper headlines, internet searches, and infamous quotations.

Mining through the group’s expansive catalogue of sounds, the band produced a typically-tight performance that included tracks from Protection, 100th Window, Heligoland, and Ritual Spirit. A Young Fathers-assisted midpoint, and crowd-favourites from Mezzanine would stand as some of the sets highlights.

Tricky’s decsendancy onto the Bristol Downs was one of the night’s moments, with the shadowy figure slurring his delight at coming ‘home’. Horace Andy was an ever-present figure of the evening alongide the orchestrating silouettes of 3D and Daddy G, which led to the night’s final special guest Shara Nelson, who provided crisp vocals for Safe From Harm, and encore Unfinished Sympathy.

Massive Attack were the toppers of a legendary Bristol moment that promised to be one of those events you simply couldn’t miss. And while eloquently refined and oozing with class, you couldn’t help but feel underwhelmed by an event Bristol had gone 12 years without. The setlist was exactly the same it had been across their European tour, absent of singles such as Teardrop, Paradise Circus and Karmacoma, and as the huge homecoming show it had been marketed as, it wasn’t really that legendary.
Verdict – WWW