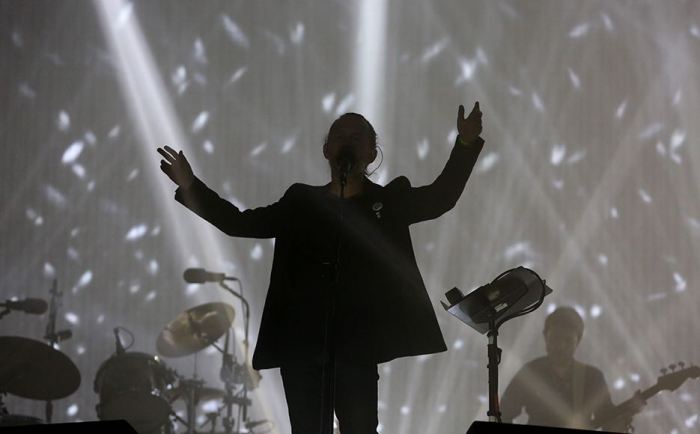 In what is often described as one of the greatest Glastonbury performances of all time, Radiohead famously headlined the legendary festival 20 years ago to the day, back in 1997. The set was organised in support of OK Computer, an album often considered one of the band’s greatest projects. And now, 20 years down the line, Radiohead return, hot off the back of a worldwide tour, and an acclaimed new album A Moon Shaped Pool.

The two and a half hour set began with nothing more than mood lighting, and an eerie rendition of Daydreaming, a song found on the aforementioned new album. Then it was into OK Computer’s Lucky, the same song which began the legendary 1997 set. A subtle nod at the Radiohead of today, and the Radiohead of back then.

While an absorbingly solo version of Exit Music (for a film), a mind bending Everything In Its Right Place, and a tear-jerking Street Spirit (Fade Out) among others captivated Worthy Farm, you simply couldn’t help but feel second fiddle to the group’s egos. Somewhat self-abasing and perhaps reclusive, Radiohead were the ones in charge of their set, not prepared to be influenced by the crowd, the organisers, or the international coverage. This was their set, and we as an audience, can either enjoy it with them as guests, or as Thom so eloquently informed Theresa May- ‘make sure you close the door on your way out’.

Beyond the group’s test-of-character first half, in which the crowd had notably thinned out, Radiohead rewarded the remainders for their patience, unleashing stadium-scale outings of fan-favourites No Surprises, Paranoid Android and Fake Plastic Trees.

Thom and co. also blessed us with an utterly captivating Nude, shortly followed by Lotus Flower. The former my favourite Radiohead song ful stop (see what I did there?), the latter of which a friend’s, both undeniable highlights of the set.

And then as part of the Radiohead’s second encore, a moment I don’t think any of us expected, came Creep. A song famously sneered upon by the band’s members, fans, critics, and followers alike. And while it’s not something most fans would care to admit, it certainly was a heartwarming moment hearing all those people asking ‘what the hell am I doing here?’. A moving Karma Police finale brought Glastonbury to a standstill, with thousands of people snapping out of the Radiohead-induced hypnosis, all of which realising that for a minute, we really had lost ourselves.