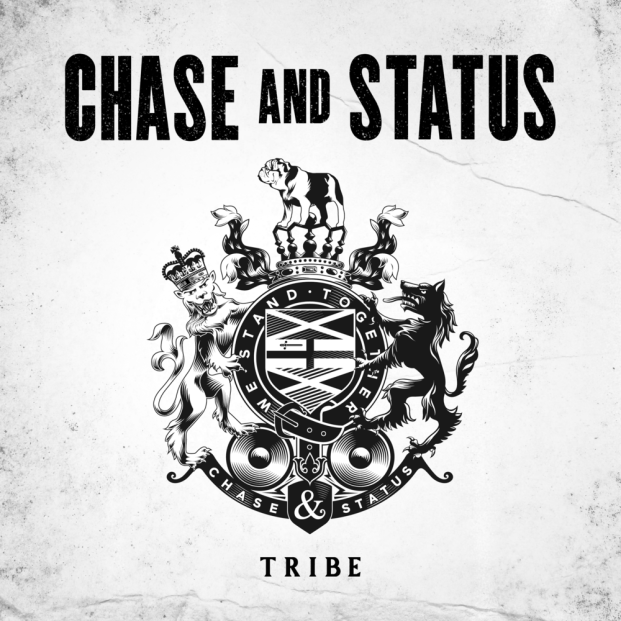 Chase & Status, an undisputed staple within UK electronic music. One of the most important drum and bass acts out there, a group that have elevated the genre to the mainstream, and one of the few examples of taking it to the stadiums. Four years it’s been since the genre-crossing duo released their last project, 2013’s Brand New Machine, and while teasing this latest project from as far back as 2015 with a myriad of hit-and-miss singles and promotional releases, Chase & Status’ star-studded new album is finally amongst us- enter Tribe.

The sounds found on Brand New Machine were scattered to say the least, but it showed a real pointer as to where Chase & Status were heading, and what they were capable of beyond drum and bass and charting electronica, a mainstay of their 2011 effort No More Idols. And Tribe feels somewhere between the two, with gritty British basslines sat uncomfortably next to achingly forced pop vocalists. And what that results in, as is the case with lead singles No More Love and All Goes Wrong, is cringeworthy levels of Sigma-nodding piano-powered vocal drum and bass, or simply offensive bores in the form of This Moment. In contrast, Chase & Status also try their hand at something that resembles the guitar-laden electronica of Prodigy, but without much luck, case in point album closers Nervous and Control.

In contrast to the above among a few others, some of Chase & Status’ strongest ever material can also be found on Tribe, as is the case with the blood-pumping anarchy of Tribes, the grime/jungle-colliding excellence of NRG, or one of the album’s highlights- the Shy FX/Kiko Bun-assisted Real No More. Past collaborator Kano, with his opening feature on Dubplate Original, as well as one of the few solo efforts found on the album- the chillstep offering of Tribute, also emerge amongst the album’s high points.

As was the case with the slurry of singles and promotional releases, Tribe could be considered a bundle of hit-and-miss inconsistencies. It feels as if with every potential anthem found on the project, a pop-y vibe-killer is just around the corner to soften the blow. Following such a huge gap in musical output, and as a die-hard fan, it felt like this could have been a landmark release within Chase & Status’ careers. A release that would have seen them rightfully promoted as international headliners, and heirs to the thrones left behind by the pop-electro legacies of The Chemical Brothers, Underworld, The Prodigy and Massive Attack. A frustrating project, one that shows both the brilliance, and the limitations to Chase & Status.