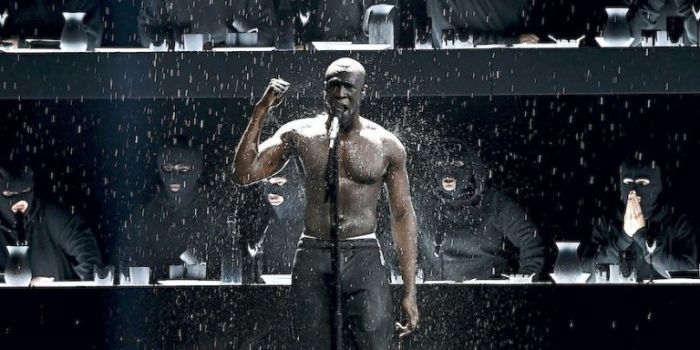 Last week, Stormzy was announced as Friday night headliner of Glastonbury 2019. For context, the biggest and most famous festival in the world had Radiohead as the last Friday night headliner, and took a year off this year (for the locals and the farm). So with a two-year wait in mind, I think it’s fair to say the reception has been muted, particularly from your faithful narrator.

But as the week wore on, as social media and the world soaked in the news, The West Review for one has u-turned on its opinion. Initially slating the announcement as well below par, and nowhere near what the world expects from a festival of Glastonbury’s magnitude.

Ignoring the bores, the predictability and the casualness of Florence & The Machine, Ed Sheeran, Muse and Kasabian, Stormzy unfortunately slotted in with the same degree of indifferent exhale.

But on reflection, with Stormzy’s new-found voice following The Brit Awards, as an example to every up-and-coming British musician, coupled with the magnitude and impact of Glastonbury, it’s exactly why Stormzy is one of the most forward-thinking headliners the festival’s had in years.

The first ever number one grime album, the best artist and album of the year, and a catalogue of singles and hits to go with, it’s about time we British started pushing our own – Stormzy’s earned the right to be here. Remember, it’s only been three years since he burst onto the scene with Shut Up, and his only facilities at the time were a camera, a YouTube channel and a group of mates.

While Stormzy will (most likely) never be a Kendrick Lamar, why not give him the opportunity, the chance, and the stage to prove us right or wrong?

The 25-year-old is a woefully underestimated artist, with an Ed Sheeran/Drake-esque brain and approach to the music business. This is a man who’s achieved everything by himself, as a sole entity, and notoriously independent.

When given the spotlight, specifically at the aforementioned Brits earlier this year, overnight Stormzy became one of the most influential British voices out there – furiously and passionately calling out the embarrassment we call a Prime Minister, the travesty we call a government, the joke we call parliament.

No other British artist, even with triple the power of Stormzy comments on the state of our country in the same way he did, in doing so voicing the word of the people about Grenfell, or the mess of politics we have dictating our future.

And with a background as original, ‘rags-to-riches’, and obstacle-overcoming as Stormzy, there isn’t a better person to put on the biggest stage in the world, one who deserves it more than any.

We’ve seen the Pyramid Stage swallow up the likes of Kanye West, Tame Impala, Foals and Pharrell in recent years, so it’s a big ask for any to step up to one of the world’s biggest stages. Let’s hope Stormzy can merk it.

‘And what we doing today?’