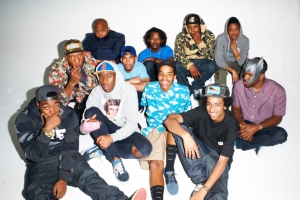 If you haven’t already, be sure to take a look at Odd Future’s 30 Best Songs Part 1, and Part 2. Having trawled through Odd Future’s extensive catalogue, it’s somewhat surprising just how many incredible songs they have. It’s been a pretty difficult list to compile with their talents actually becoming increasingly broad and near impossible to rank, from Frank’s soulful tunes, to Earl’s gritty raps, nevertheless, here are the top ten Odd Future songs.

10. Earl Sweatshirt – Drop, Radical (2010) With one exception which I’m sure you can anticipate, Drop is Earl Sweatshirt‘s best song. I literally couldn’t believe it when it was included it within EarlWolf’s setlist when I saw them- they opened with the bass heavy track and apparently the speakers were setting off car alarms over a mile away. Regardless of the bass, the lyrics are some of his strongest including lines like ‘The lambs get silenced and the fans get violent’ and ‘I’m a nice guy in person, but a pervert in the sheets, and I’m magic with the words, murder Merlin over beats’.

9. Mike G – Forest Green, The OF Tape II (2012) Besides Frank’s White, Mike G was the only rapper in Odd Future to have a solo track on their collaborative LP. He more than took his chance with Forest Green, a Left Brain produced track that really shows LB’s productive talents as well as Mike G’s lyricism, if you still think Mike G is something of a seat-filler within the group, just listen to this track.

8. Tyler, The Creator – IFHY (ft Pharrell) Wolf (2013) IFHY was one of the few occasions where Tyler has ventured outside of his group, he completely tried something new and ultimately encapsulated the daring nature of Wolf. Pharrell provided particularly memorable and typically soulful vocals to the track and it was so good it managed to get a colossal Kanye West co-sign, Yeezy posted the music video to IFHY on his website’s homepage, praise indeed.

7. Tyler, The Creator – Yonkers, Goblin (2010) Wherever I place this song I’ll get criticised for, hipster fags won’t even put it on their list because it’s too mainstream, and OF newbies will be outraged it isn’t at the peak of the list at number one. Wherever you place Yonkers on your list, there’s no getting around the fact what a pivotal song it was to Tyler’s as well as Odd Future’s careers. It’s tipped as THE essential OF track and that Bruno Mars/oesophagus line is perhaps the most memorable and most recognised lines in modern day hip-hop, let alone just OF’s.

6. Tyler, The Creator & Domo Genesis – Sam Is Dead, The OF Tape II (2012) Sam Is Dead is easily the best track from The OF Tape II, it’s just such an effortless track that shows what a talent Domo Genesis is. We know how good Tyler, Earl and Frank are, Hodgy makes the most appearances on the album, Mike G smashes his solo track Forest Green, so the only member left yet to impress is Domo, in which he well and truly does with Sam Is Dead. Not only this, Tyler’s production- definitely one of his best ‘you hear that fucking brass?’ I love the record scratches accompanied with his countdown towards the latter of the track too.

5. EarlWolf – Orange Juice, Radical (2010) Famously sampling Gucci Mane’s Lemonade, Tyler, The Creator and Earl Sweatshirt first came together under the moniker EarlWolf with Orange Juice, and along with Assmilk remains one of the few tracks under this name. It was the first track to truly capture the best of Earl Sweatshirt and was also the first to showcase the duo’s chemistry. It’s probably one of OF’s most ‘listenable’ and if you were trying to introduce a newbie to them, this would probably be the track to do it.

4. Frank Ocean – Swim Good, nostalgia,ULTRA (2011) Frank Ocean’s best song. Along with the majority of people, Swim Good was the first Frank song I’d heard and maybe even the first OF song I’d heard, and at the time I probably didn’t even known he was in Odd Future. Myself and the rest of the world realised what a talent we had on our hands, including none other than JAY Z, Kanye West and Beyonce who enlisted him to help out in songwriting for Bey’ as well as borrowing his vocals for WTT, simply put, it was career-defining.

3. Tyler, The Creator – Rusty (ft Domo Genesis & Earl Sweatshirt) Wolf (2013) Look at that Mom who thinks I’m evil, hold that grudge against me Though I’m the reason that her motherfucking son got to eat Look at the kid who had the 9 and tried to blow out his mind But talk is money, I said, “Hi,” I guess I bought him some time Look at the ones in the crowd — that shit is barnacles, huh? They thought I wasn’t fair until I threw a carnival, huh? But then again, I’m an atheist that just worships Satan And it’s probably why I’m not getting no fucking album placements And MTV could suck my dick, and I ain’t fuckin’ playing Bruh, they never played it, I just won shit for they fucking ratings “Analog” fans are getting sick of the rape All the “Tron Cat” fans are getting sick of the lakes But what about me, bitch? I’m getting sick of complaints But I don’t hate it when I’m taking daily trips to the bank Oh but no but, shit, who really gives a fuck what I think? My fans don’t, they turning on me, shit, they’re almost extinct Fuck buying studio time, I’mma go purchase a shrink Record the session and send all you motherfuckers a link, bitch. It’s literally just fucking genius.

2. Earl Sweatshirt – EARL, Earl (2010) Again, a career-defining song, this time for Earl Sweatshirt. Watch the video below, study and hang onto his every lyric, then try and get your head around the fact that the kid is sixteen. He’s rapping about rape, chopping people up, it’s disgusting, vulgar and shocking- heard those words used together before to describe rap? Sure you have- only before they were used to describe a young Eminem.

1. Tyler, The Creator – Sandwitches (ft Hodgy Beats) Goblin (2011) People cite Yonkers as the defining Odd Future track, but wow are they wrong- Sandwitches is the song that made the group what they are. Those chords, those lyrics, Hodgy’s spot, the brutality, the vulgarity, it’s the epitome of everything the group stands for. Not only is the track something special, when they performed it on Jimmy Fallon, it was their first television appearance and arguably what brought them to the public’s eye, and dear God did they take their opportunity, as Tyler says during the performance it was ‘the introduction to Golf Wang’- the ski-masks, the ghost-like-girl central stage, the own-branded clothing plus the box logo, it was the original mantra that still continues to pulsate about the group even now. I’d be amazed if they didn’t send Mos Def a gift-basket of something tasty as a token of their gratitude for the SWAG cosign at the end of the performance as well.

Like this list? Check out the top ten songs from the artists below by clicking the images. 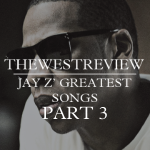 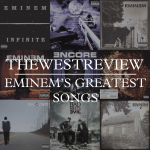 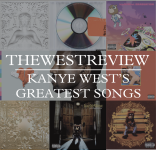 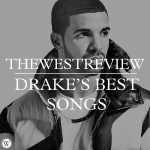