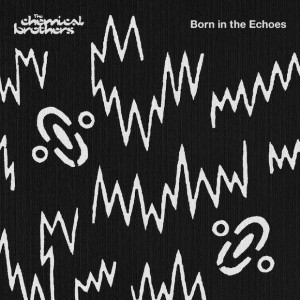 I love The Chemical Brothers, I have since I first came across Dig Your Own Hole, a wonderfully underrated-yet-overrated album that cemented the duo as one of the world’s most important electronic figures. Fast forward give-or-take 18 years, and The Chemical Brothers remain just as essential to the eco-system of electronic music, wherever they now slot into it. With the longest gap between [studio] albums, five years since 2010’s Further, they made us wait a bit longer for Born In The Echoes, their 8th studio LP in total, but would it be worth the wait?

By now we’ve hopefully all heard the incredible lead single from Born In The Echoes- Go featuring past collaborator Q-Tip. A track both current yet recalling at the same time, reinvigorating tracks of their past with an added contemporary sharpness, and that’s the general feel of the rest of the album too. While tracks like opener Sometimes I Feel So Deserted warp and wob with trademark Chem Bros. baselines and synths, the layered and gradual symphony that is Radiate grows and flourishes with time and patience, another classic Chemical Brothers trait.

Darker more twisted, trip hop-esque vibes sit on Born In The Echoes, such as with I’ll See You There. Yet rather than contrapuntally confuse, a drum pattern or strangled whistle pushes the song into recognisable territory. Things maybe get a shade too obscure and abstract with Taste of Honey, and while I sort of understand the wasp noise in my ear, I’m not sure it really has a place, especially after following such a Swoon-stemming track as Reflexion.

Born In The Echoes is a solid piece of music. It’s everything a Chemical Brothers fan can ask for, and it also effortlessly slots into the patchwork of electronic music’s 2015 entry requirements. While full electronic LPs can often feel watered down or slightly ‘off the mark’ at the moment, Born In The Echoes has significant replay value, and each listen leaves you slightly more interested than you were last time.