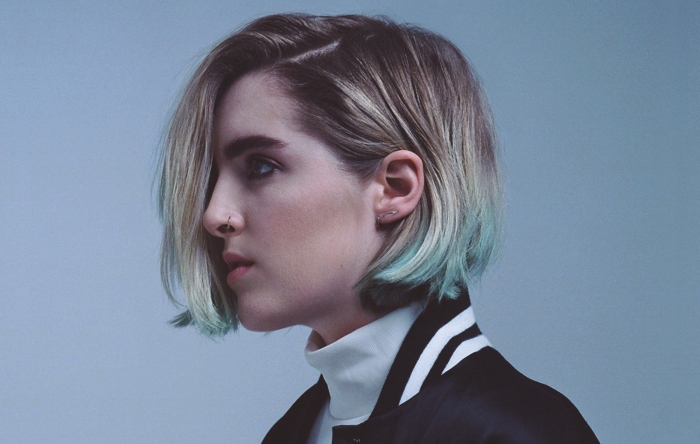 Shura, real name Aleksandra Denton, is a singer-songwriter from Manchester. She’s exploded onto the music scene in the last year, producing beautifully formed RnB electro-pop songs packed with chilled out 90s house vibes; making for a sound likened to that of such contemporaries as FKA Twiggs and Grimes. Shura delivers a soft-yet-powerful vocal not dissimilar to a young Mariah Carey, and produces music showcasing an eclectic range of influences, making for a truly unique and special experience.

The first song I heard from Shura was 2Shy, an achingly sweet pop ballad bursting at the seams with 90s style synths and melodies. After hearing 2Shy I looked into Shura’s limited-yet-absorbing back catalogue. With songs like Touch, Indecision and Just Once, Shura is fast creating a name for herself as one of the UK’s most exciting and talented producers.

As well as being a clearly talented musician and producer, Shura has shown her visual creativity in her personal direction of the music videos, particularly for her single Touch. A beautifully simple and unguarded film, exposing sexuality and passion, a perfect accompaniment to such a raw emotional track.

Unfortunately, due to a three way clash, I missed her at Latitude. Touring the UK in the Autumn, I hope to get the chance to see Shura again. With the release of her new EP White Light earlier this month Shura is a rising star on the UK’s Electro-Pop scene.