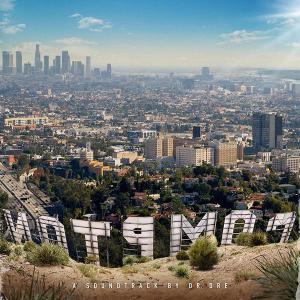 I don’t think anybody had enough time to mentally prepare and properly adjust to the fact that Dr Dre would actually be releasing a long-awaited third solo studio album. No it wasn’t Detox, but it’s actually a Dre album; I’ll take whatever I can get. Having been predictably released as an Apple Music exclusive, Compton has already received wide-spread critical acclaim. Featuring production from the man himself, and guest appearances from Eminem, Kendrick Lamar, Snoop Dogg and Xzibit, let’s see if the wait was worth it.

When Compton first kicked off, my thoughts were ‘not you too Dre?’. Why oh why is every single rapper insisting of using these trap-esque beats? Has the creativity really dried up that much that even the legendary Dr Dre is making tracks that would slot in on If You’re Reading This It’s Too Late. Opening track Talk About It is an absolute carbon copy of every Drake, Big Sean and Fetty Wap hit to come out in the last year. Genocide is an improvement, but I guess I was naive into thinking that trademark Dre beats would be in abundance, 16 years since his last release.

But in a three-to-four minute swoop, it all comes rushing back with It’s All On Me. That trademark airy West Coast sound comes sauntering back against Dre’s sharpened delivery. This continues across a number of tracks on Compton including Satisfiction and One Shot One Kill, in which reuniting the diamond combination of Dre and Snoop in the process. The Game’s triumphant return to form is a nice surprise on a nostalgia-inducing Just Another Day too.

I’m really in two minds about Compton, and it’s difficult to cast a conclusive opinion. So much of this album is (too easy, sorry) just what I was hoping for, with tracks like Animals rolling back the years, and Talking To My Diary reminding us all how Dre’s vocals are as booming and harsh as ever. However, a good deal of Compton feels fake, laboured and not Dre. To hear Eminem rap over a beat as lazy as Medicine Man is one thing, but to hear the constant tumbling of worn 808s percussion being used from someone like Dr Dre, it just rubs off as reproductive. On some tracks such as the aforementioned Talk About It, or the Kendrick Lamar-featuring Deep Water, it seems like Dre feels left behind, like he’s trying to emulate what’s popular in 2015, when really, the 1990s is all I want to hear.