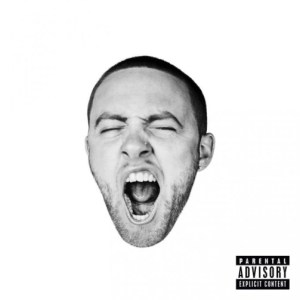 Better than Macklemore? Nowhere near Eminem? Mac Miller is a really peculiar artist, and after an assortment of projects I’m still not sure where his place in rap is. If I’m honest, I do really like his music, however, I’ve never been blown away or left jaw-dropped. But having copped both Blue Slide Park and Watching Movies With The Sound Off, as well as Macadelic, I must be some sort of a follower. GO:OD AM is the eventual major-label debut from Mac Miller, and with guest production from the likes of Vinylz, Sounwave and Christian Rich, as well as sporting guest appearances from Little Dragon, Chief Keef and Lil B, GO:OD AM is set to be released tomorrow on September 18th.

Despite establishing himself as a worthy producer throughout the years, GO:OD AM is absent of any Larry Fisherman-fronted production, which is odd. What results is a mixed bag of replacement instrumentals, with (ONCE AGAIN) forgettable trap beats in the form of Cut The Check, When In Rome or Jump. On the other side of the coin are crowded Flying Lotus-style beats such as Clubhouse, which, simply put, isn’t Flying Lotus.

‘This the music that make white people mad’ Mac raps on In The Bag. And as a white person, I guess I’m proving his point by saying this, but just hearing his whiny nasally flow, coupled with Domo Genesis and Juicy J’s n-word-spouting vocals at the beginning and the end, it really does annoy me, and just makes me laugh. Little Dragon stops by for a bizarre cameo, which confuses and bores me just as much as the rest of the album, where as it’s obviously put in as some sign of ingenuity.

To me, GO:OD AM feels painfully lazy and nowhere. There’s not a whole lot of diversity, and with little-to-no switch up of flows, and with all hooks, verses and bridges provided courtesy of Mac Miller himself, GO:OD AM is a non-stop bore and an effort to consume all in one go. While the beats on Watching Movies are exciting and make the project intuitive and enthralling, and with Blue Slide Park having a lot of pleasing tracks and sounds, GO:OD AM is just anonymous and offers nothing new to the rap world. I feel like a broken record at the moment, with every one of my hip-hop album reviews giving the exact same verdict- everything at the moment sounds the same.