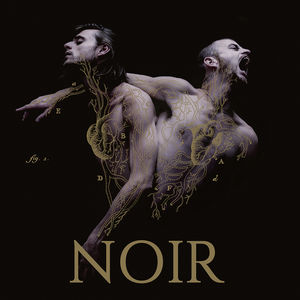 Those that know me will probably know by now that I rate this band as one of the best live bands I’ve ever seen. Their unique mix of beatboxing and the blues is an electrifying thing to experience live and both Andy Balcon (vocals and guitar) and Dave Crowe (beatboxing) are charismatic and energetic performers. So I was particularly excited to learn that they were finally releasing a full blown album after two EP’s and multiple tours across the world. It’s also safe to say I’ve not been disappointed.

The first thing I noticed when listening was just how big the production was compared to the two EPs which were fairly sparse with only Crowe and Balcon filling the space. However, with a bigger budget and scope, the two have managed to fill almost every song with extras such as a string section in album standout Take the Reigns or the woozy, slowed down pace of Stoned. It can be something of a shock to listen to sometimes, especially as I’m used to the very stripped down, raw charms of the live performances. It should be noted, though, that none of the live charm of the two has been lost in the move from live space to studio, much of it sounds as if it was recorded in one live take anyway.

Much of the reason I like Heymoonshaker, aside from the uniqueness to their sound, is the easy chemistry between the two leads, both being able to riff off one another throughout a set, and again it sounds like being put in a studio has only inspired the two to carry on in this way. The production managing to weave the two distinct sounds in and around one another without it sounding jarring or forced at all. Again the song Stoned is a good example of this, even with all the new sounds that have been added, such as a Riders On The Storm-esque xylophone track looped throughout the song. It perfectly captures the lazy, relaxed mood of the song.

Unfortunately there is one major criticism I have aimed at Heymoonshaker, the lyrics are never quite as good as the rest of the music, it’s never quite catchy enough (with the exception of Take the Reigns) for me to really remember the lyrics and they never really have that punch to evoke much story or interest in the listener, which is a shame, especially when the rest of the music is as good, and also because of the passion both Crowe and Balcon display when performing. I feel like if they could translate that into better lyricism then this album would be a whole lot better, but unfortunately I am left wanting slightly more from it.