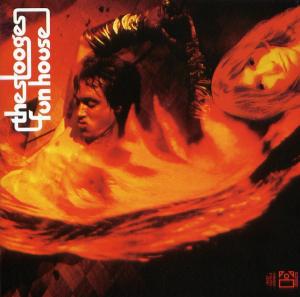 It’s a shame that The Stooges have somewhat squandered their reputation with two dire ‘reunion’ albums in 2007 and 2013. The Weirdness (2007) and Ready to Die (2013) completely fail to capture what made The Stooges both exciting and terrifying in the late 60’s. The raw, visceral power was gone, replaced with a tired re-treed of what once was. However, flashback to 1970 and the release of Fun House and you’ll get a very different beast to the one operating today.

Fun House is intensely different to anything else The Stooges ever released and while many current punk and alternative bands riff on the bands first and third albums, it’s very rare to find anyone attempting to riff on the heroin/amphetamine-fueled nightmare that Fun House is. Kicking off with a guttural grunt on opener Down on the Street, the albums tales of depravity, riots, oppression and drug abuse are as brutal and nasty today as they were 46 years ago. Iggy Pop never sounded more ferocious and alive (even though he was probably closer to death) on this album.

Back in the 60’s punk rock stayed firmly in the garage, with only a few bands managing to move out and get some notoriety, The Sonics come to mind. It wasn’t until the tail end of the 60’s and everybody’s hippy fantasy was being destroyed, that punk began to emerge, and The Stooges rode to the forefront of that particular wave. There had been experimentation with punk in the avant-garde scene in New York with the likes of the Velvet Underground and whatever it was Andy Warhol was doing, but it was mainly in the form of art rock. The Stooges took the avant-garde sounds of the Velvet Underground and ran with them- creating something far more brutal and terrifying than anything before.

While The Stooges are certainly more likely to remembered for this brutality, they still managed to occasionally produce some killer hooks and riffs, even if they were hidden under walls of sonic distortion. Ron Asherton‘s piercing guitar, Dave Alexander‘s chugging bass lines, and Scott Asherton‘s thundering drums provide the ground work for Iggy to create the imagery and the story of depravity. Often times his guttural grunts would simply be used as more than shading for the music, like a wounded animal. While his grunts and screams make up the majority of the songs on the album, even on the slightly slower songs like Dirt have the air of amphetamine fueled psychosis.

It’s on album closer L.A. Blues that the band cement their reputation as one of the most ferocious. What is essentially a 5 minute dirge with no structure or rhythm, just, guitar, saxophone, drums, bass and Iggy’s howls creating a cathartic final push out of the Fun House‘s grips, if there’s any way to truly describe it, just look at the album art. Iggy riding through some hellish fire that doubles as Dave Alexander looking menacingly into the fire.

The Stooges were one of the key innovators in punk rock and while they may have squandered their reputation slightly with their most recent two albums, the original three were incredible pieces of work. Fun House is, to me, and I’m sure most fans would agree, their best album. It captures the spirit of the times perfectly with all the menace and savagery that was going on in the background of the world brought to the front. As I’ve said multiple times throughout this review, it’s a brutal listen, but one you won’t be able to get its claws out of you for a long time after the needle has lifted.