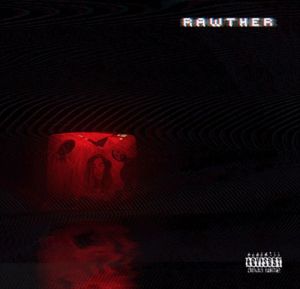 For all those involved in RAWTHER , things have been relatively quiet. Asher Roth we haven’t seen since 2014’s experimental chill ride RetroHash, Nottz’ last project came alongside Blu back in 2013, and while Travis Barker’s been sorting out the problems within Blink 182, there’s still no sign of that elusive seventh album. Following this lapse in output from the trio, a seemingly spontaneous EP by the name of RAWTHER is the reward for our patience.

With his prior collaborations with Roth, Nottz took more of a back-seat role, focusing more on the production side of things. in contrast, RAWTHER showcases his rapping ability. This creates an underlying aura of oneupmanship between the two MCs, one that’s difficult to provide a verdict on. Asher Roth is low key one of my favourite rappers, and it’s good to see him back to rapping on all-out hip-hop beats. The aforementioned Pabst & Jazz was, as you might imagine, jazzy and chilled, here to distance the two projects is Travis Barker, who provides thundering percussion and rock driven influences.

RAWTHER is on the most part, a satisfying little project. It reminds me why I’m such a fan of Roth, reinforces opinions that the often-fudged combination of rock and rap is a diamond one if done right, and also that Travis Barker isn’t one to forget about. While short and sweet, RAWTHER is hopefully an indicator of what to expect from this trio in the near future.