5. Catfish & The Bottlemen – The Ride
When Catfish & The Bottlemen began appearing at major festivals across Europe, and selling thousands of records, I simply didn’t understand what was going on. But I was eager to be wowed by one of the country’s most ‘now’ bands. While still confused as to the band’s success, I am slightly smug that their second studio album was one of the most boring albums I’ve listened to for a long long time. Meaningless lyrics, nowhere meandering and uninspiring thoughts and themes, Catfish & The Bottlemen and The Ride was as blank as I’d anticipated. As the Catfish himself says- ‘I feel like everybody started thinking too outside the box trying to be arty and different. We wanted to stay inside the box.’

4. Macklemore & Ryan Lewis – This Unruly Mess I’ve Made
Macklemore & Ryan Lewis had the world eating out of their hands with the release of their decent debut album The Heist, all independently I hasten to add. And that is why their follow-up project is that all the more disappointing. This Unruly Mess I’ve Made really was just that, an album filled with weak, utterly cringeworthy song content including songs about diets and spoons, dramatic and overproduced instrumentation, and trademark mind-numbing lyrics from Mack himself- ‘Made an Instagram for my cat / And my cat doesn’t even rap / And got more followers than you.’

3. Swans – The Glowing Man
Swans‘ final album could have been a momentous occasion, but in all honesty I feel like The Glowing Man will be another forgotten entry in their back catalogue, The majority of these songs just dirge on and on, with one or two riffs that don’t really change that much and are always backed up by the same boring ‘etherial choir’. This was fun on To Be Kind because it was used sparingly and creatively, but making a two hour album out of this is mind-crushingly dull. Swans call to a close another period of their career and unfortunately, they don’t quite end on the bang one would have hoped, but rather a whisper.                       – By Ed Jones 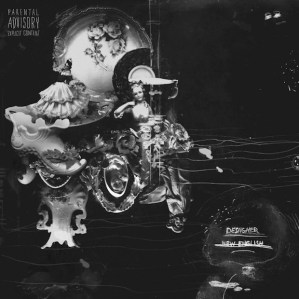 2. Desiigner – New English
Desiigner was for a few moments the undisputed talking point of 2016 following the unexpected/expected megahit Panda. ‘One hit wonder’ echoed around the rap world, and New English was unfortunately Desiigner’s written obituary. Rushed into release to capitalise on his success, and filled with short nowhere soundbites directly from Desiigner’s scattered mind, even Timmy Turner wasn’t enough to get the G.O.O.D. Music rapper’s year back on track. 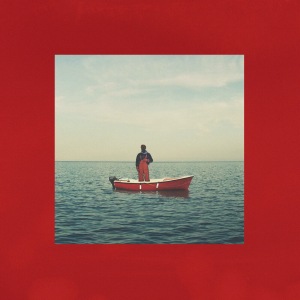 1. Lil Yachty – Lil Boat
I’m tired, frustrated and drained by ‘rockstars’ like Lil Yachty, ‘rappers’ who hide their inability and talents, disguising it with branded clothing, extravagant egotistical videos, and slimy guest spots. Lil Boat was the breakthrough project from L:il Yachty, a droaning, autotuned, lazy, bemusing, uninspiring bore of rap rip off. It’s a scam, a cheat, a hoax, a con, and in honesty, a coup. An attempt at influencing a genre that simply should not, and I pray does not, get tempted to follow.