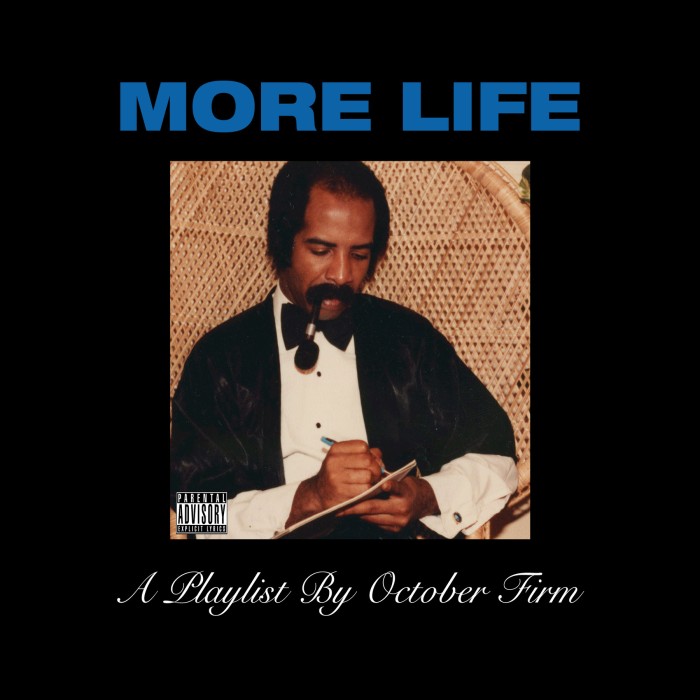 It’s hard to argue the case that Drake isn’t the biggest rapper in the world right now, and I’m definitely not one of those ready to try and do so. And although it seems like just yesterday we were given access to Drizzy’s fourth studio album VIEWS, apparently it’s time for another full-length project from the 30-year-old multi-talented Canadian. Lead by the success of the huge single Fake Love, it would also act as a clear indication that Drake wasn’t finished with the dancehall influences found on his last project.

More Life kicks things off in a questionable manner, with the forgettable Free Smoke, a song in which Drake passes over familiar topics such as girls he couldn’t have but can now, and a shout to both Lil Wayne and Jennifer Lopez. One of Britain’s best-loved grime stars Giggs, then pops up for an outrageously out of place guest verse, and in which Drake uses some of the most cringeworthy vocabulary he’s ever used, including ‘ends’, ‘mans’, and ‘chit-chat ting’. There’s just certain things people shouldn’t say, and the $60 million-net-worth-boasting Drake, shouldn’t even know the word ‘ends’. Bringing the worst track on the album to a close, Giggs openly admits: ‘just here with the big man Drizzy, More Life flex’. This ‘flex’, would become an all-too familiar trait of the rest of the project.

As another colossal project standing at over 22 tracks long, I’m already apprehensive going into Drake’s fifth studio album, and the features and producers raise even more eyebrows. The inclusion of the aforementioned Giggs, go-to filler features 2Chainz, Young Thug, Travis Scott and [Quavo from] Migos, and of course, transatlantic best mate Skepta, really do raise debate about what Drake has the opportunity to do, rather than what he is actually doing. Hellbent on populating More Life with sounds from every corner of the earth, Drake uses the album to project his connections and links within the industry, boasting friends in grime, dancehall, R&B and trap. In doing so, Drake inexplicably reveals his naivety to genres that can’t be replicated with dollars, even leaving Skepta and Sampha to tackle grime and R&B tracks Skepta Interlude and 4422 by themselves.

More Life certainly does have its moments, with Fake Love, Passionfruit, and Gyalchester among the project’s highlights. And what’s more notable than anything, are the production values, with 40, Nineteen85 and Vinylz crafting some of their best beats and instrumentals of their careers. Also on a few occasions Drake has some of the more memorable lines in recent times, such as on the aforementioned Gyalchester: ‘I’m never washed, but I’m not new // I know I said top five, but I’m top two’. But Drake really does need to be told when to stop. Having only released a huge project, in both success and in megabytes, not even a year ago, Drake needs time to reflect and assess the sounds he keeps trying to dominate. In summary, Drake’s fifth studio album is a collection of cringes, and an ultimately forgettable flex of what he has available to him, rather than the ability within him.