Kraftwerk – Kraftwerk (1970)
Kraftwerk were the original pioneers, the group that arguably began it all, often regarded as one of the most influential musicians of all time, up there with The Beatles. Their sound was revolutionary, never been done before, and changed the face of music full stop, let alone electronic music. Kraftwerk’s legacy began back in the 1970s, with the release of their back-to-back self-titled albums. Traditional ‘singing’ was replaced with synthesised distortion, drum loops, and electronically modified instrumentation, this gave birth to something the world had never heard before, but would continue on for the next 40 years. From David Bowie to Aphex Twin, the list of Kraftwerk-influenced musicians is simply unmeasurable. 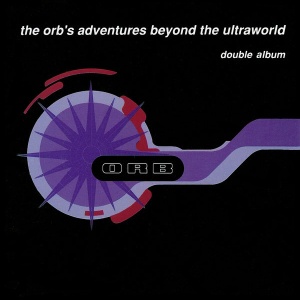 The Orb – The Orb’s Adventures Beyond The Ultraworld (1991)
The Orb weren’t just revolutionary with their music, they changed the way electronic musicians approach the execution of their craft. Groundbreaking production techniques, pioneering use of sampling, and acclaimed live performances, The Orb are often referred to as the Pink Floyd of electronic music. The album that started it all was The Orb’s Adventures Beyond The Ultraworld, which arguably gave birth to ambient house. Dreamy textures and hypnotic synths replaced the typical techno/house sound of the time, and alongside extensive visuals, The Orb created what the likes of The Chemical Brothers would later take to stadium status. 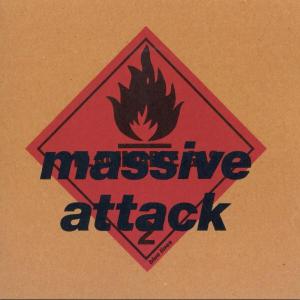 Massive Attack – Blue Lines (1991)
Massive Attack are a duo, once trio, that you can safely assure as one of the most game-changing musicians in the industry, and it all started with the release of their debut album- Blue Lines. Massive Attack ignored and tore down the conventions of anything resembling dance music, stripped it back, took the tempo down a notch, added the Bristol sound, and created a hypnotic genre fusion, one that incorporated elements of dub, soul, R&B, hip-hop, electronica and reggae. Within the album was Unfinished Sympathy, a song often included in ‘Songs of All Time’ lists, which in turn had one of the most recognised and iconic music videos of the 90’s.

Aphex Twin – Selected Ambient Works 85-92 (1992)
Nobody can doubt the influence of Richard D James, otherwise known as Aphex Twin, an undisputed pioneer in electronic music. From ultra-minimalist IDM, to ambient textured house, Aphex Twin has influenced electronically generated music since his debut album back in 1992. Precisely delicate and beautifully acidic, Selected Ambient Works often incorporated progressive or distorted features to its sound. Undeniably revolutionary,  the project beamed ambience and imagery, despite the sparse selection of instrumentation, something that had never been before, and has seen nothing but growth ever since. 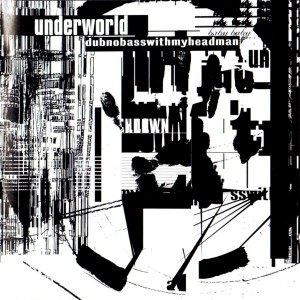 Underworld – dubnobasswithmyheadman (1994)
Underworld have been around a while, and continue to have a stake in the landscape of modern electronica. Their most recent LP, Barbara, Barbara We Face A Shining Future, was an incredible album that explored an array of electronic sounds, an album I also called one of the best of 2016 so far. Rewind back to 1994, at what was essentially a rebirth of Underworld, the London-based duo released a ground-breaking techno album that continues to influence the scene today. The exquisitely produced album crossed delicacy with aggression, combining dainty chords and synths with booming drum kicks and domineering vocals. No electro fan’s music collection is complete without dubnobasswithmyheadman.

Leftfield – Leftism (1995)
Leftfield are often forgotten in the commercial dominance of some of the other acts on this list. They didn’t quite progress to the stadium, or made the big leap to international phenomena, however, any act on this list will most surely know all about Leftism, the acclaimed debut album from one of the UK’s true pioneers. Weaving techno, house and big beat into punchy rhythms, incorporating breakbeat drums and trance-like atmospheres along the way, Leftism continues to hold a legacy that quietly dictates the face of modern day electronica. 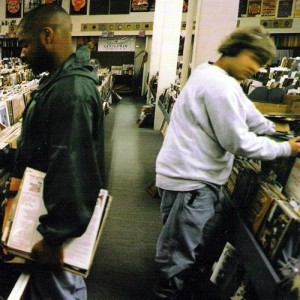 DJ Shadow – Endtroducing… (1996)
Following the releases of Portishead’s Dummy, Tricky’s Maxinquaye, and both Blue Lines and Protection from Massive Attack, the genre coined as trip hop was well and truly underway. DJ Shadow entered the scene with his own spin on the unregulated genre that trip hop was, most notably using the now-renowned technique of sampling. Using almost undistinguishable flickers of songs from names such as Metallica and Gorgio Moroder, DJ Shadow crafted an entire album around the ability to reinvent. The album astounded the world at the time, and while further blurring the lines of where hip-hop and trip-hop met, Endtroducing… rocketed the use of sampling to the forefront of the music industry.

Roni Size – New Forms (1997)
Back in the 90’s, Bristol was the place to be. A time where the famed ‘Bristol sound’ dominated the music, art and pop culture of the country. Trip hop was illuminating the world to a new brand of dance music, the graffiti scene was thriving, with famed artists Banksy and Inkie beginning their climb to the top, and somewhere within all of this, jungle, and drum and bass, began making real waves. To this day, Roni Size stands as an instrumental figure in spearheading drum and bass, and is often referred to as ‘The Godfather of DnB’. Back in 1997, Roni Size’s quintessential debut album New Forms, beat off fierce competition from the likes of Radiohead, Suede, Primal Scream, The Prodigy and The Chemical Brothers, to win the world-renowned Mercury Prize. It was a statement of intent from not just Roni Size, but the entire drum and bass movement, it wasn’t going anywhere, and needed to be taken seriously.

Moby – Play (1999)
Unintentionally dominantly British so far in this list, enter the US-based Moby, whose 5th studio album remains one of the most celebrated albums of all time. Play explored and progressed a wide span of electronic sounds, from layered progressive house powered by classical strings, to atmospheric synth-driven electronica. Content aside, Play was celebrated the industry over, eventually becoming the biggest selling album of all time of its genre, in doing so selling over 12million copies. The album was certified platinum in a multitude of countries including the US and the UK, and was also nominated for a GRAMMY and a Brit Award. Electronic music wasn’t going anywhere, and Moby was essential in its push into mainstream pop culture.

Chase & Status – More Than Alot (2008)
At the time, Chase & Status’ debut album wasn’t received all that well, charting in at a measly 49, critics weren’t flocking to praise it either. But in retrospect, More Than Alot is a classic. Beautifully encapsulating the entire British underground music scene in one solid LP, Chase & Status simply don’t get the credit they deserve for this gem of an album. Drum and bass, garage, grime, breakbeat, jungle, a then-up-and-coming dubstep, More Than Alot had it all. Now in 2016, cult anthems such as Pieces, Eastern Jam and Smash TV go down as some of the most influential drum and bass tracks of all time. Many drum and bass acts try, but few, if any, come out the other side with an LP as influential as More Than Alot.

David Guetta – One Love (2010)
Let me stress, I hate David Guetta and everything he stands for, and I’m completely indifferent to EDM and big poppy drops. But, wether you like him, love him or hate him, One Love changed it all. For arguably one of the first times, an electronically-made album went completely pop, with A-list R&B, pop, and hip-hop stars helping One Love’s, and more importantly EDM’s, unstoppable rise to the top. The chart-topping Ibiza hit was born, the lines between pop and electronic music were officially blurred, and One Love was the album that did it all. Avicii, Calvin Harris, everything that resembles chart-topping EDM, you have David Guetta to thank.

Disclosure – Settle (2012)
Shortly after EDM became all the rage, a then-unknown electro duo known as Disclosure emerged onto the scene. It was like nothing we had heard in years- the noughties two-step garage sound, crossed with techno baselines and big pop hooks, in a way continuing what David Guetta had began, Disclosure were the ultimate bridge of pop meeting electronic music. Comfortable on the charts, just as comfortable headlining Glastonbury’s unbudgingly heavy Arcadia stage back in 2012, Settle’s sound was a nostalgic-yet-contemporary renaissance. Hypnotic, sexy house (Help Me Lose My Mind), deep techno (Grab Her), 21st Century two-step (Confess To Me), and ultimate pop-house crossover (You & Me) were all eloquently packaged onto one incredible album that continues to be praised the industry over.

One thought on “Albums That Changed Electronic Music”