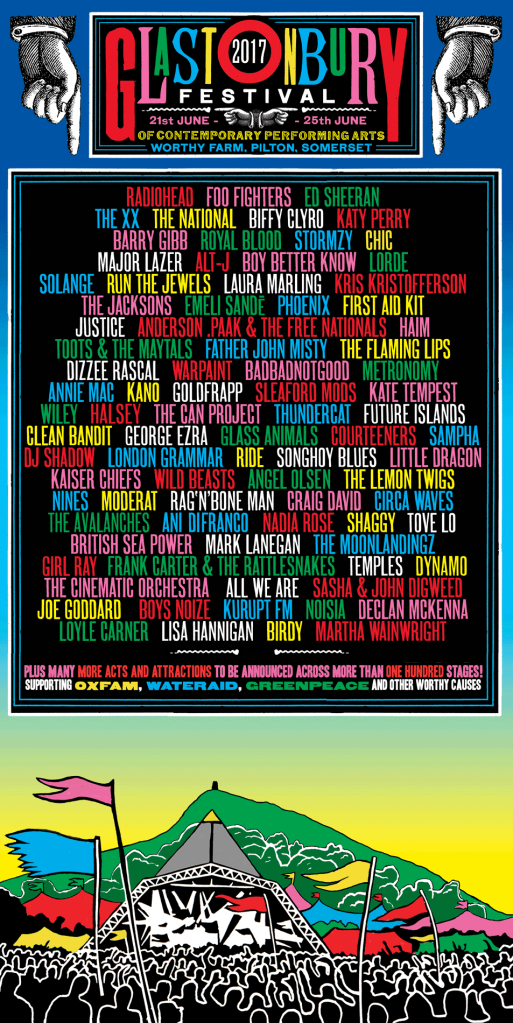 Last week, Emily Eavis and co. unveiled the long-awaited lineup for Glastonbury 2017, albeit a portion of it. Already confirmed to perform at one of the world’s biggest festivals were all three headliners- Radiohead, Foo Fighters, and Ed Sheeran, as well as a few smaller self-confirming acts such as London Grammar and The Avalanches. In typical Glastonbury fashion, 2017’s lineup has been revealed without warning, and only partially- the rest of the colossal bill will be finalised normally around a month before the festival commences at the end of June.

When first being presented with a lineup supposedly belonging to the biggest festival in the world, you can’t help but relate to my frustrations. Radiohead, The xx and Chic aside, it’s the top four lines of the bill that are simply beyond me. For starters, are the easy, comfortable, and utterly lifeless rock bands such as The National, Biffy Clyro, and Royal Blood really all Glastonbury could get? And with all the groundbreaking electronic acts out there touring, those that haven’t appeared at the festival in years or indeed ever, the likes of The Prodigy, Massive Attack, The Orb, Orbital, or indeed Chase & Status, instead we have to settle for the brash dancehall-EDM-reggae mess that is Major Lazer. I’ll take what I can with Justice, and Noisia. 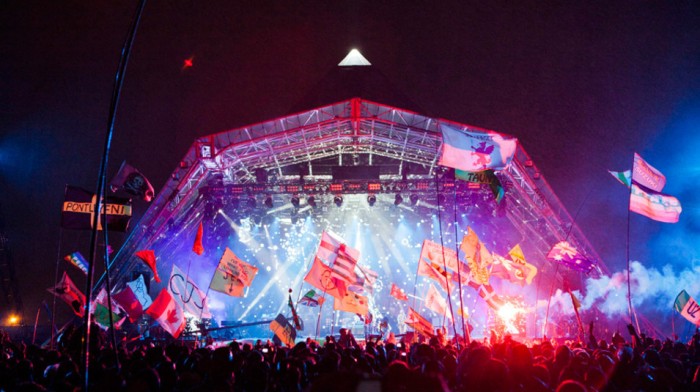 Of all the pop stars in the world, of all those ranked top tier pop royalty, Lady Gaga, Bruno Mars, The Weeknd, maybe even Robbie Williams, all of which are renowned and elaborate performers, Glastonbury opts for Katy Perry. Katy..Perry. Carrying on the Pilton pop festival in the most dry and uninteresting manner is the laughing stock of grime Dizzee Rascal, who somehow still holds a candle in 2017, the walking bores that are Emeli Sande, Birdy and Lorde, the agonising classical/house crossovers Clean Bandit, and the same old alt-shite bands Circa Waves, Phoenix, First Aid Kit, and The Courteeners, the former and latter of which appearing three times within the last five years.

Stormzy seems to be the most expensive/relevant rapper to book on the bill, closely followed by Boy Better Know, with the pioneering figures of Kano and Wiley trailing behind. Run The Jewels and Anderson Paak are the two acts flying the flag for hip-hop, or indeed international rap. 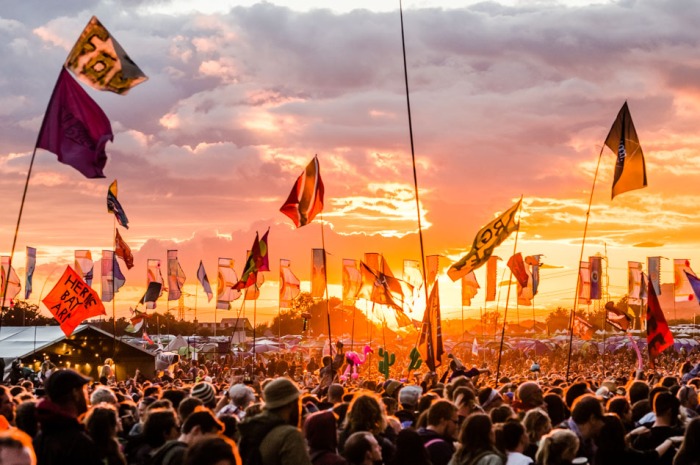 What frustrates me most about Glastonbury is its constant ignorance of relevance, its dismissal of legacy or the festival-goers desire, and the frustratingly consistent lack of dare or direction. Smaller festivals are doing so much more with their lineups, Latitude and Bestival for example, who have continually made risks in pushing acts into huge top of the bill outings, those of which have included Missy Elliot, Outkast, Portishead and Kraftwerk. Even small-time festivals such as Lovebox or Field Day have this year boasted headliners of Frank Ocean or Aphex Twin’s calibre and artistry.

And that’s almost the worst thing, there are still some truly exciting name on this lineup; Chic, Solange, BADBADNOTGOOD, DJ Shadow, The Avalanches, London Grammar, Thundercat, as well as some of the aforementioned in this article. But it’s who Glastonbury have not got that makes this such an ache of a lineup- Gorillaz, Frank Ocean, A Tribe Called Quest, Bon Iver, Phil Collins, Chase & Status, Robbie Williams, Green Day, Leftfield. Just a handful of exciting and most importantly, touring artists who haven’t been booked, with easier, safer options in all of their places.

And worst of all? The frankly irrelevant Grohl-parade, and a one-man hour-half acoustic set, are deemed higher in proceedings than Radiohead.

Actually no, the absolute worst of all is that Kaiser Chiefs and Shaggy are even considered for something of Glastonbury’s magnitude.

One thought on “[FESTIVAL PREVIEW] Glastonbury 2017”