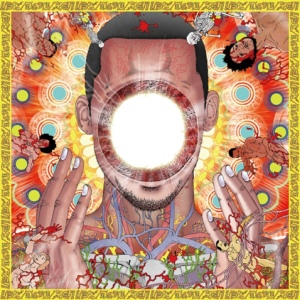 One of the most elusive and most exciting musicians out there at the moment- Flying Lotus, is back with his fifth studio album- You’re Dead. Thanks to the growing reputation of his rap alter-ego Captain Murphy, underground collabs with the likes of Odd Future and Mac Miller and the previous success of his projects, Flying Lotus is starting to make a real name for himself. You’re Dead features guest appearances from Kendrick Lamar, Snoop Dogg and of course Captain Murphy, the project is set to be released on October the 6th here in the UK, and a day later in the US.

From the moment you press play, You’re Dead confuses, astounds and enthrals. In principle, the album draws inspirations from jazz, however, it’s nothing like the jazz you and I know- this is Flying Lotus we’re talking about, and it’s never straightforward. You’re Dead opens with four tracks all shorter than two minutes, and rightly so, they bombard you with intense strings and demented drums sewn together with startling crashes from various symbols. Following this zealous opener, Kendrick Lamar makes his anticipated appearance, which although as excellent as you’d come to expect by now, is clouded by the genius production that demands all of your attention, you’d dare to listen to a lyric over a drum pattern.

Before I’d even noticed, Snoop Dogg and been, made his appearance, and gone, and I found myself on track nine- Coronus, The Terminator. Flying Lotus shifts You’re Dead in more symphonic and more melancholic directions, the relentless bombardment of jazz seems to have been lifted. But wait, is this album now trip-hop? The haunting background vocals are there, the minimalist baseline providing the foundation of the track, yet why do I feel like that jazz is about to rear its head again. Ready Err Not moves into the super-minimalist regions of music a la The xx, and then as I anticipated, the jazz begins to probe and shift its way into the album once more with Moment of Hesitation.

Flying Lotus’ You’re Dead is an outstanding piece of music, it’s confusing, twisted, warped and relentless, yet absolutely hypnotic and entrancing. The album nods at the likes of the aforementioned The xx, as well as BADBADNOTGOOD and Massive Attack, and although you can make comparisons, they’re aren’t as straightforward. I’ve listened to You’re Dead a fair few times now, and I’m still as captivated as when I first listened to it, Flying Lotus is a bizarre talent, but an incredible one at that.