Last weekend (9th-11th August), it should and would have been a big weekend in the festival calendar, with Boardmasters and Houghton festivals forced into cancellation due to weather. Boomtown however was a welcomed survivor, a Hampshire-based camping event famous for its theatre, design, production and narrative.

Boomtown is an undoubted gem within the world of festivals, and continues to set standards, push boundaries and change the scope of expectancy from music events. And with every instalment it excels itself in every aspect, and improves and progresses with each year.

Before this year, the sole criticism of Boomtown was with its below-bar sound production on a handful of stages. This year however, all in attendance were glad to see such a significant improvement on Relic and Area 404 particularly, formerly known as Bang Hai Towers and Sector 6 respectively. It’s not quite of the power of some systems out there, but it’s a big, big step in the right direction, and a welcomed addition to an already-excellent event.
. 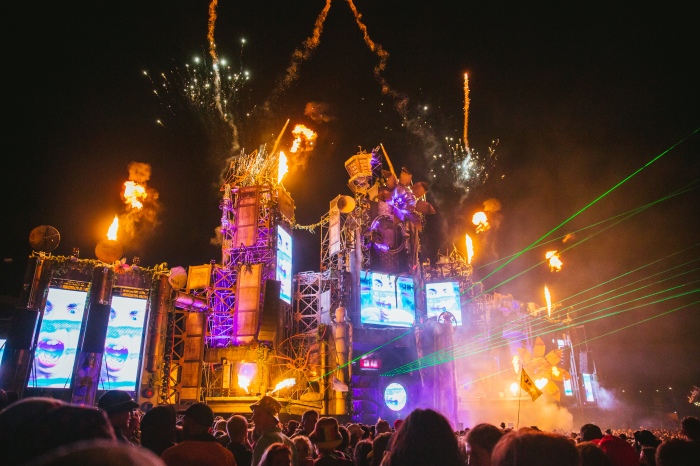 ..
The weather tried its hardest to dampen the weekend, and despite Relic being closed all day Friday due to safety concerns, the vibes shone through, and attendees refused to be ruled by the rain. A handful of DJs were later relocated to the main stage, with High Contrast unleashing one of the best DnB sets I’ve ever seen, alongside Brockie’s Saturday night outing with MC Det.

Elsewhere musically, Swedish synth-pop quartet Little Dragon snatched Thursday night’s headline slot with every bit of class, energy and character. And on Saturday night, Groove Armada proved why they’re one of the most under-appreciated electronic acts of all time with a monumental live show, with The Streets later taking to the stage for a landmark headline set.
.

.
Boomtown is an event like no other. It’s beyond the realms of a review, and unmeasurable using words. The crowd and vibe is impeccable, the production and visual spectacles are beyond anything else out there, and the music continues to be as forward-thinking and expansive as ever. It’s a sight to be seen, an experience to be lived, and a story to be taken in by. Just make sure you’re there next year.